These sweet, cinnamon rolls drizzled in a glaze are super quick and easy to make! 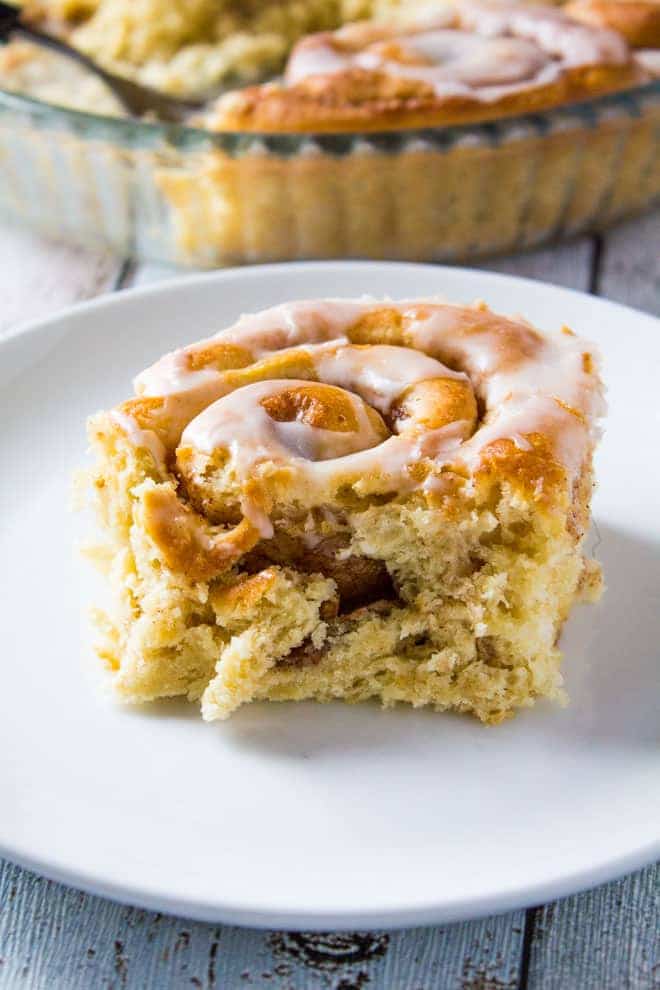 Can you believe I have never tried cinnamon rolls until now?

My boyfriend absolutely loves cinnamon rolls, yet it has taken me this long to try them! I’ve been delaying making them for some time now, but I’ve finally got round to it. And I’m so happy I did – these are so good!

Cinnamon rolls for breakfast every day from now on… 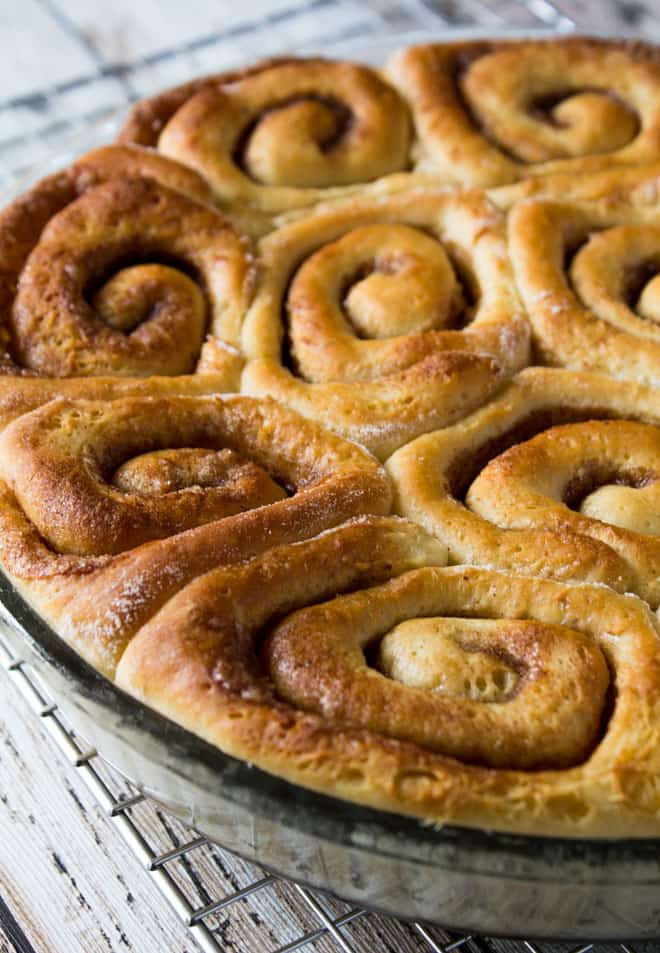 This recipe is so quick and simple to throw together. There’s no leaving them overnight. These will literally only take 3 hours (2 hours of that is leaving the dough to rise) of your time! In 3 hours, you’ll have warm, sweet cinnamon rolls, drizzled in a glaze.

The dough is so buttery, soft, fluffy, and ever-so-slightly chewy. The cinnamon sugar filling, and the glaze makes the rolls deliciously sweet, it will taste like dessert for breakfast! 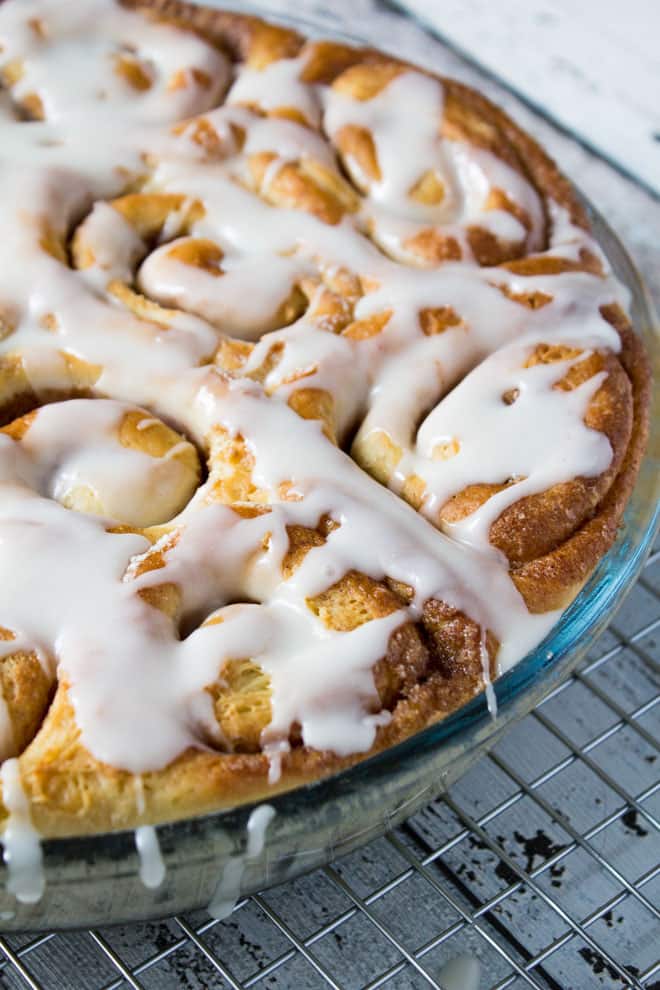 These cinnamon rolls were a hit in my house, and will have been made again and again by this time next week. I wasn’t kidding when I said “cinnamon rolls for breakfast every day”!

This recipe is perfect if you are making cinnamon rolls for the first time (like me!), short on time, or just want a quick, warm, sweet snack. 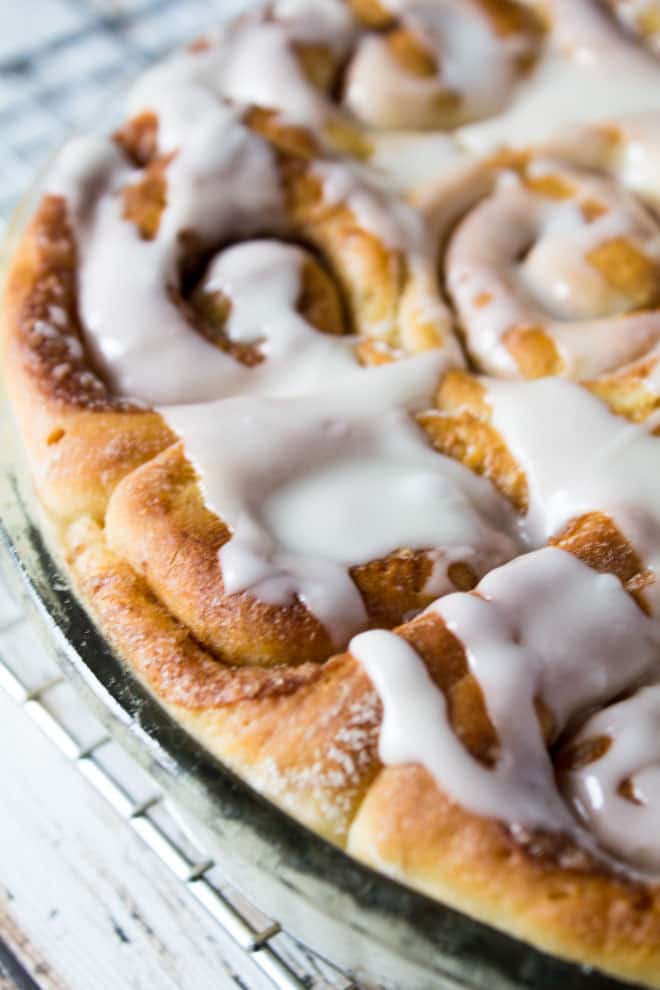 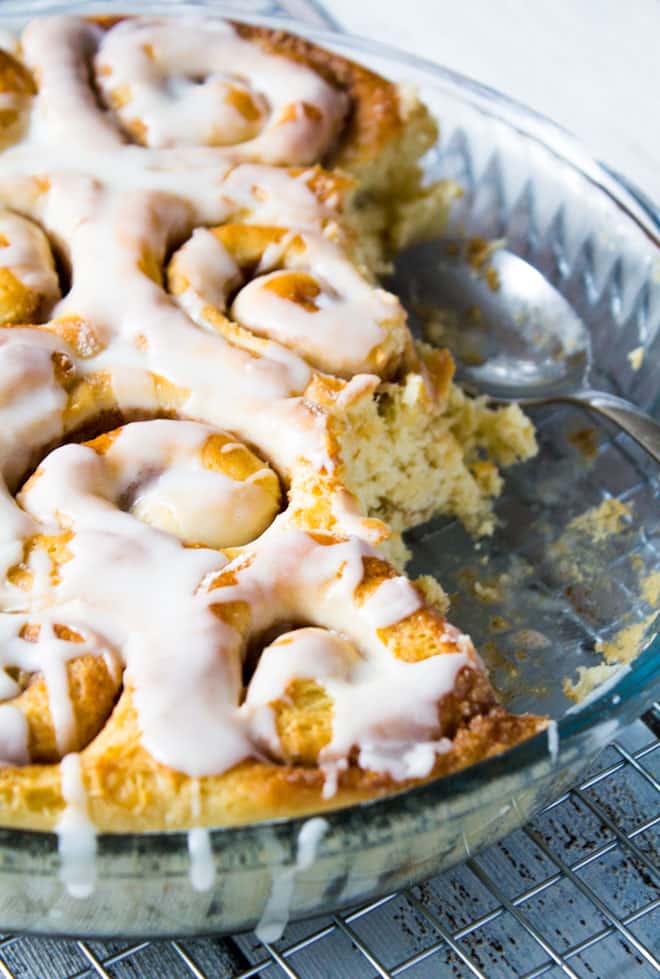 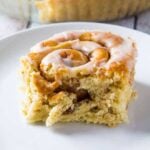 For the Cinnamon Filling

Leftovers can be stored, covered tightly, in the fridge for up to 1 week. Baked rolls also freeze well for up to 3 months. Warm up before serving.

You can make these rolls ahead of time! Cut into rolls and place into the prepared pan as instructed, then cover with clingfilm and refrigerate overnight. In the morning, let the rolls rise in a warm place for 1 hour before baking.

The calories are an estimate only. 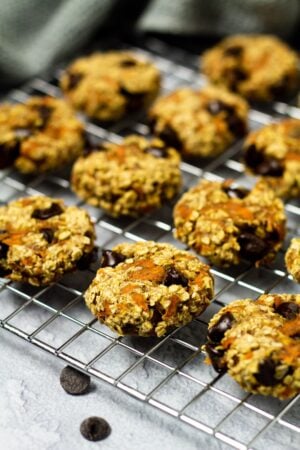 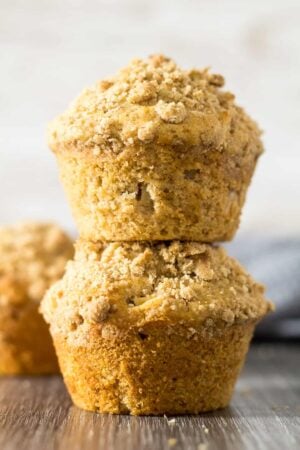 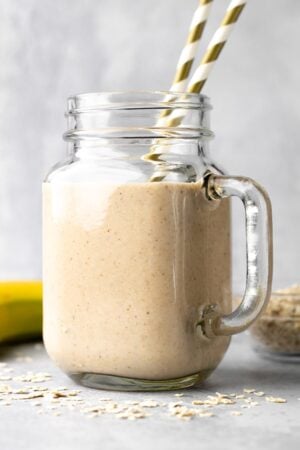 Hi,planning to make this for new years day.Can i use kitchen aid mixer rather than by hands?

As always you make me hungry Marsha! I've only made pumpkin cinnamon rolls but I believe you these must be soo goood!

Cinnamon Rolls + Simple & Easy have my name written all over them. I can't wait to give these a try... My boys are gonna love them!

I can never say no to cinnamon rolls! These look perfect! Love that there is no overnight rise!

I am the baker, recipe developer, writer, and photographer behind Marsha’s Baking Addiction - a food blog based on bringing you delicious and easy dessert recipes. 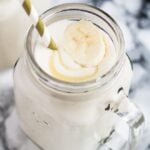 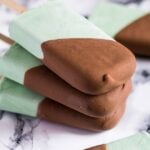 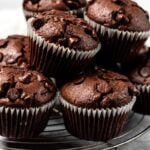 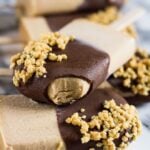 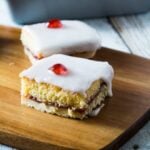 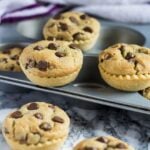